Selling sex for profit or “prostitution” constitutes an illegal act per the Texas Penal Code. Any form of trading sex for value, purchasing or selling sex, or managing a sex-based operation, is a crime in Texas. In short, if you’re involved in the sex trade in any way that involves the exchange of cash or goods for sex, it’s a criminal offense.

There are several different criminal charges related to prostitution in the state of Texas. Below, we’ve outlined the most commonly prosecuted prostitution offenses in Harris County.

If you’re arrested for prostitution in Houston and charged with one of the above-mentioned offenses, secure legal representation as soon as possible. Contact Attorney Christian Capitaine for help. To get started, call 832-618-7831.

If a person is arrested for prostitution they will be charged with a Class B Misdemeanor, which carries a county jail sentence of up to 180 days in addition to fines of up to $2,000.00.

If a person is arrested for a 2nd or 3rd Prostitution Offense, or the Promotion of Prostitution, they will be charged with a Class A Misdemeanor, which carries a potential county jail sentence of up to 1 year in addition to fines of up to $4,000.00.

If a person is found guilty of a 3rd or more Prostitution offense, they will face a State Jail Felony, which carries a potential prison sentence of 180 days to 2 years in a correctional facility in addition to fines of up to $10,000.00.

If the defendant is found guilty of Prostitution Involving a Minor, Aggravated Promotion of Prostitution, or some instances of Sexual Performance of a Child 14-18, they will face penalties for a 3rd Degree Felony which carries a maximum fine of $10,000.00 and prison sentencing guidelines which range from 2 to 10 years.

If you’re arrested by police and charged with Compelling Prostitution, you’ll face a 2nd Degree Felony offense, which carries a maximum fine of $10,000.00 with a potential jail term that range from 2 to 20 years in prison.

1st Degree Felony charges will apply if a person is charged with Compelling Prostitution of a Child. Criminal penalties include a potential fine of up to $50,000.00 in addition to a prison term that can range from 5 to 99 years.

Arrested for a Prostitution Offense in Houston? 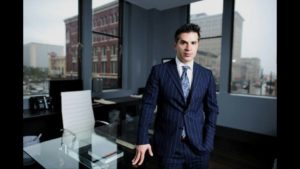 Attorney Christian Capitaine has practiced criminal law in Houston since 2001 and has extensive experience representing defendants accused of prostitution-related sex crimes in Houston.

If you need to talk with attorney Capitaine about prostitution-related criminal charges you’re facing in Harris County, call our office for assistance immediately at 832-618-7831.