Non-Disclosure becomes possible after a defendant has completed his or her deferred adjudication/probationary program leading to criminal charges against them being dismissed per the guidelines of the defendant’s agreement with the court.

If you’ve experienced trouble finding employment or pursuing other goals due to the presence of criminal records on your background, a Certificate of Non-Disclosure can serve as a positive development for your situation.

The original intent of the Certificate of Non-Disclosure was to relieve pressure on people who have reformed their conduct, paid their debt to society for their crime, and have moved on to become model citizens.

Depending on the original crime, Certificates of Non-Disclosure may be available for both felony and misdemeanor criminal records.

Certificates of Non-Disclosure, or criminal record sealing as it’s commonly referred, is available for persons convicted of felony offenses 5 years after they have “successfully” served out their probationary/community supervision period. After the 5th year, the defendant may petition the court for Non-Disclosure of their felony records.

Offenses that require a two-year waiting period before a petition for a Certificate of Non-Disclosure can be filed are listed below.

Crimes Not Eligible for Non Disclosure 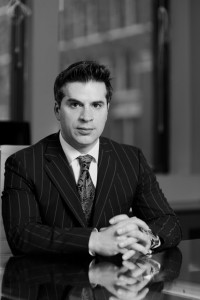 Attorney Christian Capitaine will file the necessary paperwork for the non-disclosure of your criminal records in the court where you were convicted.

Once accepted, a hearing will be scheduled, at which time the court will decide as to whether or not to honor your request to have your criminal record sealed.

If successful, an order of Non-Disclosure or Expunction will be signed and issued by the judge.

Afterward, your criminal records will be hidden from the general public with the exception of law enforcement, and you can live your life as if the event never occurred.

There are some exceptions to this rule.

If you have questions, contact Houston criminal record sealing & criminal defense lawyer Christian Capitaine with your inquiries. The phone number for our office is 832-618-7831.