Assault with a Deadly Weapon

If you’ve reviewed our section on Aggravated Assault, then you should be very familiar with how the State of Texas handles cases defined as Assault with a Deadly Weapon.

Assault with a Deadly Weapon is a crime that can be charged to any person who is defending themselves, their property, family, or in the face of a person who has struck fear or assault or injury into them.

Aside from cases based on intentional criminal malice, Assault with a Deadly Weapon charges are often the result of a bad understanding between the officers and the accused, during a situation that would otherwise be defined as self defense.

Houston criminal defense attorney Christian Capitaine can & will bring the wealth of his experience to bear when fighting for your name & freedom. To learn more about your legal options, contact Christian today by calling 832-618-7831.

Penalties for Assault With a Deadly Weapon

A person charged with Assault with a Deadly Weapon will face prosecution for a felony in the 2nd degree. 2nd Degree felony convictions carry a maximum fine of 10,000.00 with a potential jail term that can range from 2 to 20 years in prison.

Assault with a Deadly Weapon can be enhanced to a 1st Degree Felony offense which carries penalties that range from 5 years to life imprisonment in cases where the assaultive offense was committed as a result of domestic violence, against a public servant, security guard, witness, or police informant.

Making the determination of the best strategy to implement to defend you from criminal accusations is the primary role of Houston criminal defense lawyer Christian Capitaine. 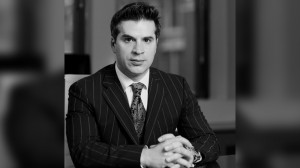 Attorney Christian Capitaine has a solid record of success fighting for his clients in the court of law based on his accumulation of over 15 years of experience as a criminal law attorney, and over 20 years as a student of prudent legal strategy.

There are a number of legal defenses for defendants facing accusations of Assault with a Deadly Weapon that include lack of intent, self defense, defense of a 3rd person, and lack of a deadly weapon to commit the crime in the first place.

Contact us so we can start the process of reviewing the incident reports, evidence, witness statements, and work toward settling on a defense for your situation.